Some of our featured events are listed below. To view the full schedule and registration information for Winter 2022-2023 (December 2022 to February 2023), check out our Winter Program and Event Calendar.

Organizations and large groups must schedule programs separately from those listed in this publication. See School and Group Programs for more information. 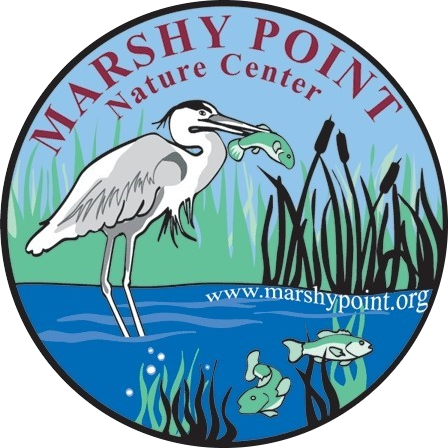 Get a “bird’s eye view” atop an osprey platform on Dundee Creek near Marshy Point!

(You can also see it larger on our YouTube channel.)

Started in March 2016, Marshy Point’s solar-powered camera offers a 24-7 view from the platform. Shortly after the camera was installed, an osprey pair built a nest on the site, laid eggs, and raised an osprey chick.

In late March 2017, another osprey pair made a nest and raised two osprey chicks.

In March 2018, an osprey pair returned, made a nest, and laid three eggs. One was later removed by the female. (Osprey are known to do that if the egg becomes unviable.) The other eggs hatched, and both osprey chicks fledged the nest in late July.

An osprey pair returned in 2019 and built a nest. While there was a variety of activity on the platform—including a duck laying an egg in the nest—the osprey pair did not lay any eggs during the 2019 season.

An osprey pair successfully hatched and reared three osprey chicks in both 2020 and 2021.

Then, this off-season, we began streaming from a new camera mounted on the osprey observation deck—an Eagle Scout project built by Joseph Curry from Boy Scout Troop 372.

It will soon be time to see if an osprey pair builds a nest on the platform this year as well. Check back for updates!

The Dundee Creek Osprey Cam was awarded the Alliance of Natural Resource Outreach and Service Programs Volunteer Project of the Year for 2019. Special thanks to MPNCC volunteer ‘Osprey Dave’ Oshman for helping get this project off the ground and maintaining it through the years.

The camera is made possible with support from KDM Security Solutions and A2Z Security Cameras.